The Ford GT highlights an amazing booth from the Ford Motor Co. at the 2015 Cleveland Auto Show.

While all franchises have an impressive booth, Ford’s display is a must-see at the 2015 Cleveland Auto Show. Cleveland is one of the first cities nationwide to see the 2016 Ford Explorer and 2015 Ford Edge, two great new SUVs coming to the showroom later this year. The all new Ford GT, though, is maybe the most must-see car of the show. 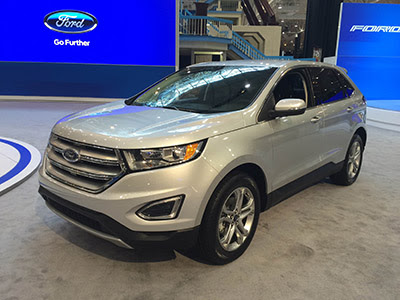 The brand-new Ford Edge is the brand’s first complete redesign. It looks completely different inside and out thanks to an improved front grille, thin swooping headlights and great new rear taillights.
Under the hood, the Edge gets an all-new standard EcoBoost engine for increases in fuel economy and power.
Ford says the new Edge is longer and taller, so everyone will enjoy more legroom and headroom. We’ll have the Ford Edge later this spring, so contact us today to be the first person to test drive this great SUV.

Cleveland is one of the first cities nationwide to see the powerful new 2016 Ford Explorer. This is a great looking vehicle with a brand new design that includes a new front grille and new headlights.
The Explorer also offers 3 new engine choices, including two new EcoBoost options that promise to deliver increased fuel economy and more horsepower and torque over previous models.
Of course the Explorer will be available with all the extras and the latest technology including active park assist and the next generation Ford SYNC system.
Ford anticipates the Explorer to hit the dealership in the third quarter of 2015, so you have plenty of time to contact us to become the first person to take one on a test drive. 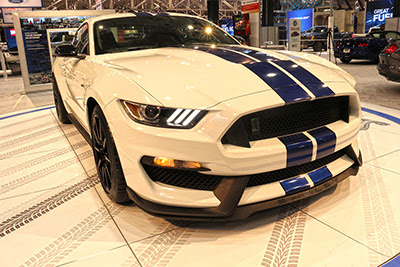 The Ford Mustang Shelby GT350 shows its face for the first time in Cleveland. A truly iconic muscle car, the GT350 picks up where the Boss 302 left off with more power and performance.
Under the hood there is a 5.2liter V8 engine, producing more than 500hp. This is the latest model in the 2015 Ford Mustang lineup. For the 50th anniversary of the iconic Pony Car, Ford is going all-out for a memorable year. Make sure you see all the new Mustangs at the Cleveland Auto Show.

The resource could not be found.